If Your Home Doesn’t Have Double Glazing 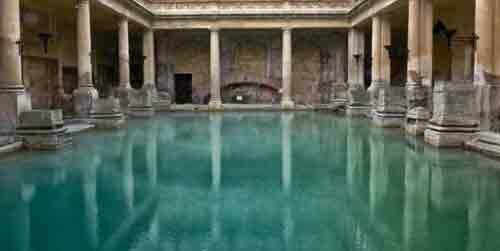 The ancient Romans used glass in windows, but not the clear glass we use today.

According to Wikipedia, they found out that insulated glazing (or “double glazing”) improved greatly on their abilty to keep buildings warm, and this technique was used in the construction of public baths. Over 2000 years later, the vast majority of Australian homes still don’t have double glazing

No slouches in the field of energy efficiency, the Romans also developed underfloor heating, and the solar chimney.

Double Glazing In Europe In The 1800’s

Over 800 years later, double glazing reappears in the record in Europe, in the latter part of the 1800’s. To quote historyextra.com,

“There is good evidence that some houses in Scotland had double-glazed windows as early as the 1870s. However, this took the form of a second sheet of glass puttied to existing windows. Similar claims have been made for Switzerland and Germany”

Today’s modern double glazing was developed in the United States in the 193o’s. From the 1930’s on, C.D. Haven was awarded a number of Patents. Double Glazing US Patent 2030869 A noted

“…invention relates to a commercially practical, single unit multiple glass sheet glazing construction consisting of two or more sheets of glass spaced apart by separating means cemented between the glass sheets entirely around their edges. Such a product has been manufactured and sold commercially by the Thermopane Company…”

The major improvement, which was a critical advance over the old-fashioned, less-effective “just adding a second pane of glass” approach, was the introduction of the vacuum between the glass panes. This enhanced both the thermal  and acoustic insulation properties beyond what was possible with just two panes of glass.

Unfortunately, in the 1930’s, with the United States coming out of the Great Depression, the process was expensive, and had little early success. The design required the glass panes to be of uniform thickness, and to be absolutely flat, if the vacuum gap was to be maintained, and that too was expensive.

It was after WWII, in the early 1950’s, when double glazing became more economical, and was more widely adopted.

Double Glazing Takes Off In Europe

In the 1950’s and 60’s, double glazing increased in popularity in Europe- particularly in colder regions. Germany was a leader in developing new technologies, with companies like Deceuninck developing a meld of double-glazing and uPVC framing technologies. Today, double (and sometimes triple-) glazing is standard in the colder areas of Europe, the UK and North America.

A Parallel Development: uPVC As The Premium Framing Material.

The forerunner of today’s uPVC was first developed in the 1920’s. While searching for a synthetic substitute for rubber, Dr. Waldo Semon of the B.F. Goodrich Company in the United States formulated the first PVC polymer, in 1926.

As with double glazing technology, the use of PVC didn’t come into common use until the 1950’s. As double glazing provides much better performance than single glazing, so modern uPVC window and door frames provide numerous benefits compared with the traditional wood and aluminium frames.

In the case of PVC windows, known in the US as ‘vinyl windows’, Europe was the early adopter. The frst commercially viable product, the Trocal, was introduced in Europe in 1954. Production commenced in the US in the 1950’s too, but it wasn’t until the 1980’s that ‘vinyl’ took off. Read more about the History of uPVC-Vinyl Windows

Today, the pioneering advances made in double glazing and PVC polymers almost 100 ywears ago, have culminated in the best windows and doors available on the market, and proudly manufactured by Eco Home Solutions, right here in Melbourne. Read more about uPVC…

The bad news is that while Australia suffers the extremes of sub-zero Winter and searing Summer temperatures, we are far behind Europe and North America in the adoption of double glazing. Many purchasers of new homes, and the builders who build them, believe that keeping the capital cost down is the best way to improve housing affordabilty. We have another perspective…